LONDON – First Minister for Scotland Nichola Sturgeon has announced a full-scale lockdown to take effect from this evening and ordered Scots to stay at home.

These new announcements include the closure of schools, which will stay shut to pupils until February. This comes ahead of speculation that British Prime Minister, Boris Johnson will announce a third national lockdown in an address to the nation this evening.

“I can confirm now in summary that we have decided to introduce from midnight tonight for the duration of January a legal requirement to stay at home except for essential purposes,” she told the Scottish Parliament.

Sturgeon has also told Scots to tighten outdoor gatherings, only permitting them to meet one other person from one other household. Places of worship are to be closed, and group exercise banned.

An additional 1,905 cases were reported in Scotland on Monday – with 15% of tests returning a positive result. Sturgeon has said she is “more concerned about the situation we face now than I have been at any time since March last year”.

Daily positive Covid cases for the UK as a whole, have consistently been around the 50,000 mark, with an increase of 47.6% in the last seven days. 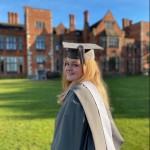