“You have no idea what it is to be a woman, what it might feel like to have one’s entire life reduced to a single moment,” Daphne Bridgerton (Phoebe Dynevor) says to her eldest brother, Anthony (Johnathon Bailey), in the first episode of Bridgerton. Set in 1800’s London high society, Netflix’s adaptation of Julia Quinn’s popular novels excels in portraying life for women during the Regency era and the overt power of men.

When the show starts, it is the Season, where young women are pitted against each other to win the heart of some of the most eligible bachelors, for marriage, reputation and family honour. We can clearly deconstruct Bridgerton into three brackets, from the way women are viewed and treated to the way men make decisions for women.

Bridgerton is currently adored for the eye candy on screen and the steamy sex scenes, as well as the Regency-era’s very own version of Gossip Girl, Lady Whistledown, but if we take all that away, we’re left with men controlling women, sexism and internalised misogyny. In the very first episode, Anthony tells Daphne he’s found her a suitor–Nigel Berbrooke (Jamie Beamish), a man decades older than her, with an extremely questionable personality. Naturally, Daphne is furious. She tells her brother she wanted to make that choice herself; after all, she would be the one spending her life with this person.

Throughout the show, the Duke of Hastings, Simon Basset (Regé-Jean Page), the aforementioned eye candy sending Twitter into a frenzy, and Anthony continue to try to make decisions for Daphne, alluding to them believing she is not capable nor knowledgeable enough to make her own life choices. The women in the show, from Daphne to her younger sister, Eloise Bridgerton (Claudia Jessie) to Queen Charlotte (Golda Rosheuvel) and Marina Thompson (Ruby Barker) are painfully aware of their lack of options available to them in life, that they are simply to go from one man to another. This speaks volumes about the way women during this time, and even today in many societies, were viewed: as objects to be controlled.

There is a significant absence of knowledge regarding sex education in Bridgerton; in one particular scene, Eloise wants to know how a woman can become pregnant if she is not married, but their mother stops her brothers from revealing anything. On Daphne’s wedding night, her mother skirts around the topic of sex, not telling her she actually needed to know as a now married woman. Even talking about sex was a taboo for the women in the 1800’s, an issue continuing even in the 21st century, limiting women from understanding the way their bodies work, the importance of setting boundaries and most importantly, consent.

Early in the show, we see an attempted sexual assault, from Nigel trying to force himself on Daphne. After her brother finds out, from Simon, and asks Daphne why she never told him, she bluntly says, “Would you have believed me? Did you only change your mind about Lord Berbrooke because another man told you the truth?” Women, during this time, were treated as if they existed merely for a man’s sexual gratification: a man could have sex with whomever he wishes before marriage and get away with it, but the woman must remain a virgin, no matter what. The conduct towards women who engaged in premarital sex was largely negative, as we see in how others in Bridgerton reacted to the news of Marina Thompson’s illegitimate pregnancy.

In today’s day and age, we can see the way reporting sexual assault impacts both men and women, from women being shamed and their attempts at seeking justice brushed aside in the name of false claims or wanting attention, to men being protected and absolved of guilt. Many women fear not being believed when speaking up about sexual assault, continuously being faced with objectification and dealing with misogyny constantly. This very thing is the premise of Netflix’s show, Unbelievable, based on a true story that happened in 2008, showing the inability of men believing women in cases of sexual abuse. In Bridgerton, the ever-present beliefs of women being inferior and their values placed on their virginity and behaviour as a damsel are highlighted expertly.

However, Eloise is a stark contrast to the expectations of accepted womanhood, as she does not desire marriage and instead, wants to go to university. She is a depiction of modern feminism, eager to learn, with a thirst for change and to fly the nest. Whilst Daphne is eager to give into the societal expectations placed on her and dreams of being a wife and mother, she is strong and opinionated, standing up to her brother, the Duke and even bloody Nigel (she has a great right hook!)–she even calls out her mother for not preparing her for sex.

True understanding of feminism is accepting Daphne’s aspirations of being a wife and motherhood, but in a society demanding that this be the only path for a woman, it must be questioned. Compared to the 1800’s, society has come a long way–from women getting married and having children later, however there is still this presupposition of women adhering to these norms and values, lest they be faced with judgement and shaming. Here, we can assume this to be a result of internalised misogyny, the result of a set of values placed on us as a society. This leads to a shift in conversation, exploring the very identity of what it means to be a woman and gender roles, or even femininity–society, it seems, tends to hate strong women. “What it is about the power of a woman free in mind and body that has been perceived as so dangerous throughout history?” Angelina Jolie writes, when talking about why the world needs more wicked women. Daphne, despite following the traditional path without complaint, is aware of her agency and her right to choose a suitor, as well as Simon’s lie where he can’t have children is, in fact, he won’t have children, and the impact of lack of sex education.

Simon’s lie was one that he made, suggesting he could not have children, rather than what the truth was: he did not want to (having made a vow to his dying father and all). Coupled with Daphne’s gap in knowing what sex and exactly how babies were made, he was able to get away with it, until Daphne found out. Here is where there became an issue, where she, for the first time, took over the reigns during sex and then coerced him to ejaculate inside her, against his will. Understandingly, the Duke of Hastings was horrified, not having consented to this.

“How could you?” he asks afterwards, in shock.
“You took advantage. You seized an opportunity, so I did the very same,” Daphne replies. Bridgerton (Netflix), Season 1, Episode 6 ‘Swish’

From this moment, their relationship turned sour. All of this could have been avoided had she been given the proper information relating to sex. What Bridgerton shows us is how keeping the importance of sex, the sensations and the process, is a way to exert control over women and a way to hold onto power. Him not wanting children should’ve been properly spoken about, as the key for a healthy relationship is communication–something both Daphne and Simon fail at. The scene is trivialised and brushed over in the show. It draws a line of confusion whether it actually counts as rape, as Simon consented until Daphne took control of his ejaculation. This is something that shouldn’t have happened, in the book (The Duke and I) or show. The difference between them, however, is that in the book it is obviously rape, right from the very beginning as he was drunk and asleep. Once he’d removed consent, Daphne should have stopped–instead she chose to ignore his request and consciously took advantage. During the time period in which this was set, the question around consent was nonexistent, as due to being married, Simon had ownership over Daphne. Watching it unfold, or reading about it, from a 21st century lens starts a much needed conversation on the way marriage, sex and women (and in this case, men) were treated regarding consent. Now, whilst we are aware of the implications of Daphne’s actions, especially in the era of #MeToo, understanding scenes of sexual assault and raising the topic on consent is vital, to ourselves and others safe.

In comparison to today, as a society we have come to understanding of what counts as consensual sex, and understanding what falls under the umbrella of rape: from coercion, to silence and intoxication, to an outright no. The fact the show failed to focus on the assault was damaging and concerning, speaking to the way it is often dealt with even in today’s day and age. Consent is the one thing that shouldn’t be considered to be morally grey, as it can be removed at any point, from either person (even if it’s in the midst of intercourse).

Of course, when watching it, we must remember it is a show set in the Regency era, where values, beliefs and behaviours were vastly different. There are still a lot of similarities when it comes to the issues of sexism and misogyny, with the expectations placed on women and the way society puts a woman’s worth on her ability to be a wife and mother, as well as the shaming of single mothers, and the conversation on consent. We also definitely need to improve the foundations of sex education. The way men and society treated women back in the 1800s and even today are eerily similar, with very subtle differences. Unfortunately, patriarchy is still well and alive.

Bridgerton is now streaming on Netflix. 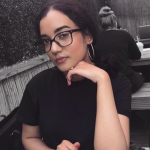 Sumaiya Ahmed is a Muslim, sex-positive freelance writer and a book reviewer, aiming to break down the boundaries of cultural stigma and shame attached to mental health and sexuality within the South Asian culture, and bringing marginalised topics to light.

Opinion | What Is A Covid Christmas Going To Look Like In The UK?

FBI Warns Of ‘Armed Protests’ Planned At All 50 State Capitols And D.C.

Opinion | What Is A Covid Christmas Going To Look Like In The UK?